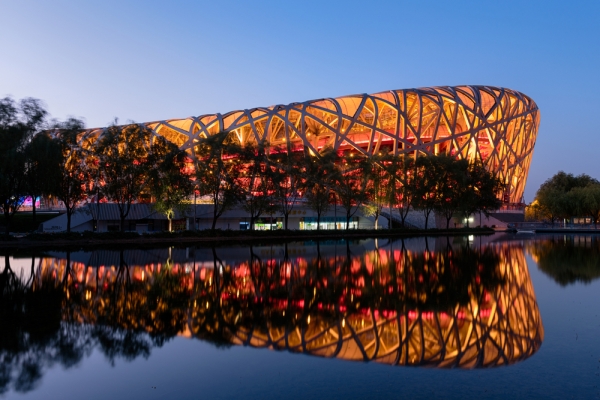 Beijing National Stadium, also known as the Bird's Nes  is a stadium in Beijing. The stadium (BNS) was a joint venture among architects Jacques Herzog and Pierre de Meuron of Herzog & de Meuron, project architect Stefan Marbach, artist Ai Weiwei, and CADG which was led by chief architect Li Xinggang. The stadium was designed for use throughout the 2008 Summer Olympics and Paralympics and will be used again in the 2022 Winter Olympics and Paralympics. The stadium is currently mostly unused, after having been unsuccessfully suggested as the permanent headquarters of the Beijing soccer team.