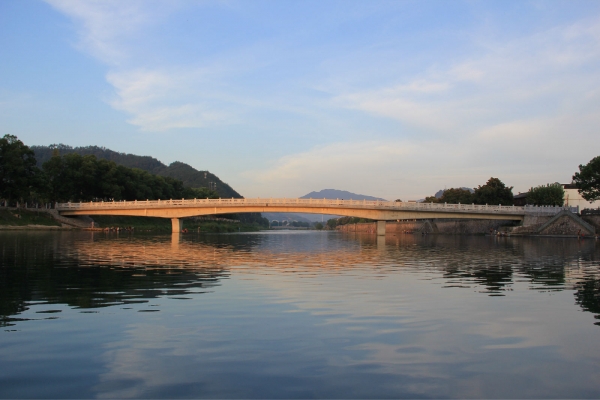 Ningbo formerly written Ningpo, is a sub-provincial city in northeast Zhejiang province in China. It comprises the urban districts of Ningbo proper, three satellite cities, and a number of rural counties including islands in Hangzhou Bay and the East China Sea. Its port, spread across several locations, is among the busiest in the world and the municipality possesses a separate state-planning status. As of the 2010 census, the entire administrated area had a population of 7.6 million, with 3.5 million in the six urban districts of Ningbo proper. To the north, Hangzhou Bay separates Ningbo from Shanghai; to the east lies Zhoushan in the East China Sea; on the west and south, Ningbo borders Shaoxing and Taizhou respectively.

Changling of the Ming Tombs