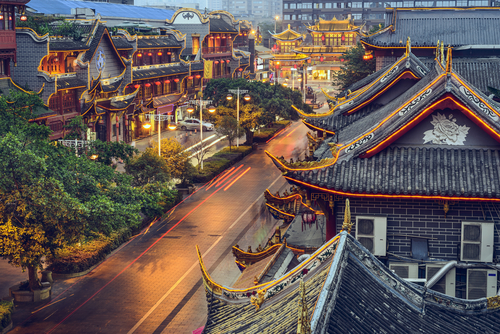 Chengdu formerly romanized as Chengtu, is a sub-provincial city which has served as capital of China's Sichuan province. It is one of the three most populous cities in Western China.  At the time of the 2010 census, Chengdu was the 5th-most populous agglomeration in China. The giant panda, a Chinese national treasure, is one of the rarest animals in the world. The total number is estimated to be 1,500, including those living in the wild, 80 percent of which are in Sichuan Province.