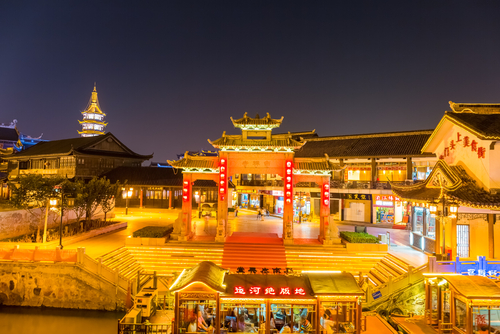 Wuxi is an old city in southern Jiangsu province, China. The city borders two other large cities, Changzhou to the west and Suzhou to the east, and borders Zhejiang Province as well in the south. It also covers a coastline of the Yangtze River in the north and two separate coasts of Lake Tai. Wuxi is well known for being one of the birthplaces of China's modern industry and commerce, as well as the hometown of many important businessmen who have played essential roles in building commerce in Shanghai since the early 20th century.