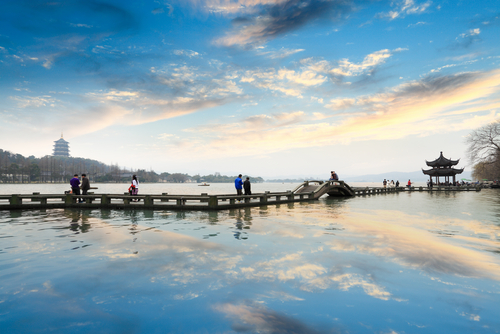 Hangzhou, formerly romanized as Hangchow, is the capital and most populous city of Zhejiang Province in east China. It sits at the head of Hangzhou Bay, which separates Shanghai and Ningbo. Hangzhou grew to prominence as the southern terminus of the Grand Canal and has been one of the most renowned and prosperous cities in China for much of the last millennium, due in part to its beautiful natural scenery. The city's West Lake is its best-known attraction.