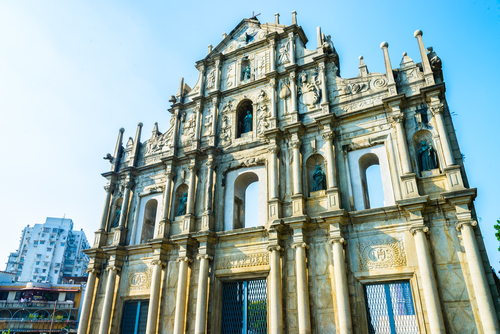 Macau also spelled Macao, officially the Macao Special Administrative Region of the People's Republic of China, is an autonomous territory of China on the western side of the Pearl River Delta in East Asia. Macau is bordered by the city of Zhuhai in Mainland China to the north and the Pearl River Estuary to the east and south. Hong Kong lies about 64 kilometres (40 mi) to its east across the Delta. it is the most densely populated region in the world.