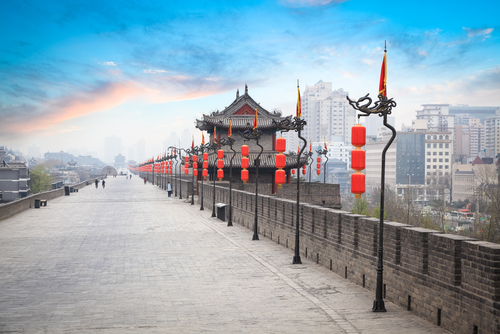 Xi'an, formerly romanized as Sian, before the Ming dynasty, is the capital of Shaanxi Province, People's Republic of China. It is a sub-provincial city located in the center of the Guanzhong Plain in Northwest China. One of the oldest cities in China, Xi'an is the oldest of the Four Great Ancient Capitals, having held the position under several of the most important dynasties in Chinese history, including Western Zhou, Qin, Western Han, Sui, and Tang.  Xi'an is the starting point of the Silk Road and home to the Terracotta Army of Emperor Qin Shi Huang.