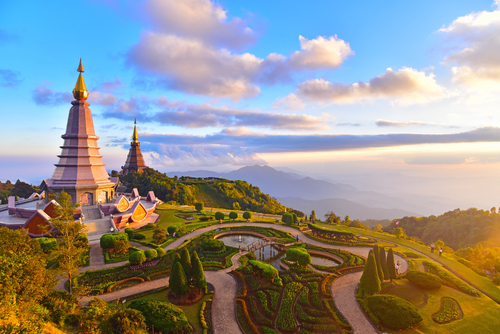 Chiang Mai sometimes written as "Chiengmai" or "Chiangmai", is the largest and most culturally significant city.  It is the capital of Chiang Mai Province and was a former capital of the Kingdom of Lan Na (1296–1768), which became the Kingdom of Chiang Mai, a tributary state of Siam from 1774 to 1899 and finally the seat of a merely ceremonial prince until 1939. It is 700 km (435 mi) north of Bangkok and is situated amongst the highest mountains in the country. The city sits astride the Ping River, a major tributary of the Chao Phraya River.